1000 Ecofarms/Online magazine/Learn and Explore/Raw Milk vs. Pasteurized
Raw milk is perhaps one of the most controversial topics when it comes to food. On one side, it is treated like poison. On the other, like it’s the elixir of life. You may think that this is an exaggeration — but it really is not. But what exactly does it even mean for milk to be “raw” in the first place?
www.1000ecofarms.com 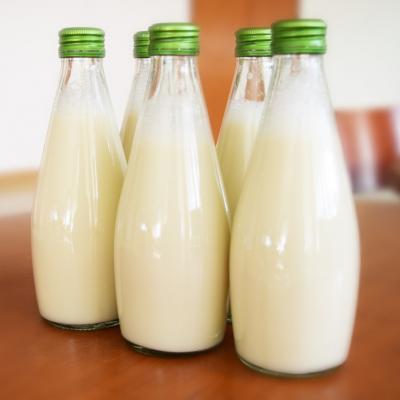 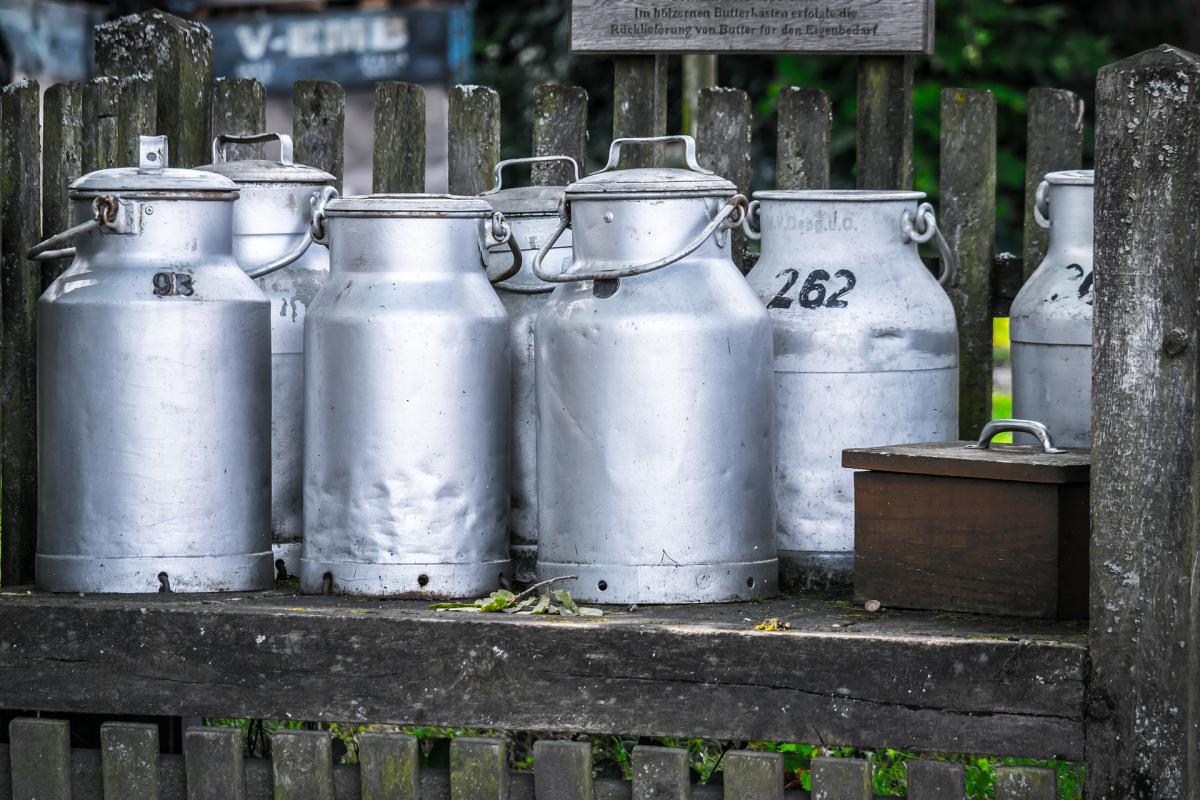 The History of Raw vs. Pasteurized

Milk that’s available at grocery stores in most states has been pasteurized, meaning it is not raw. The process of pasteurization, invented by French scientist Louis Pasteur in 1864, kills bacteria in food and drinks through the use of heat. In order for milk to be considered “pasteurized”, it must be heated to 145 degrees for 30 minutes, 161.5 degrees for 15 seconds, or even 280 degrees for two seconds. Through this process, most of the potentially harmful bacteria in the milk are killed.

Conversely to pasteurized milk is raw milk. Raw milk is milk that has not been exposed to heat, and thus the naturally occurring microbes found in the milk, including any bacteria or enzymes, remain. This is also how people consumed milk for thousands of years, as pasteurization is a relatively new process, and how people in many countries are still using it.

Before industrialization, raw milk was typically produced and consumed in a rather short amount of time, and didn’t travel far distances to reach its consumers. As people in the United States began moving into cities, and as population density increased and sanitary conditions worsened, milk began making people sick. Vulnerable to harmful bacteria, raw milk was easily contaminated in the less-than-sanitary conditions. The problem was exacerbated by the milk produced at dairies tied to distilleries, where cows often in poor condition were fed the grain refuse from whiskey production.

Due to these disease outbreaks, in the early 1900s some states and later the United States government took a hard stance against raw milk and haven’t eased up since. However, members of rural communities in particular grew up drinking raw milk throughout the century, and the support for it continues among a growing number of people. 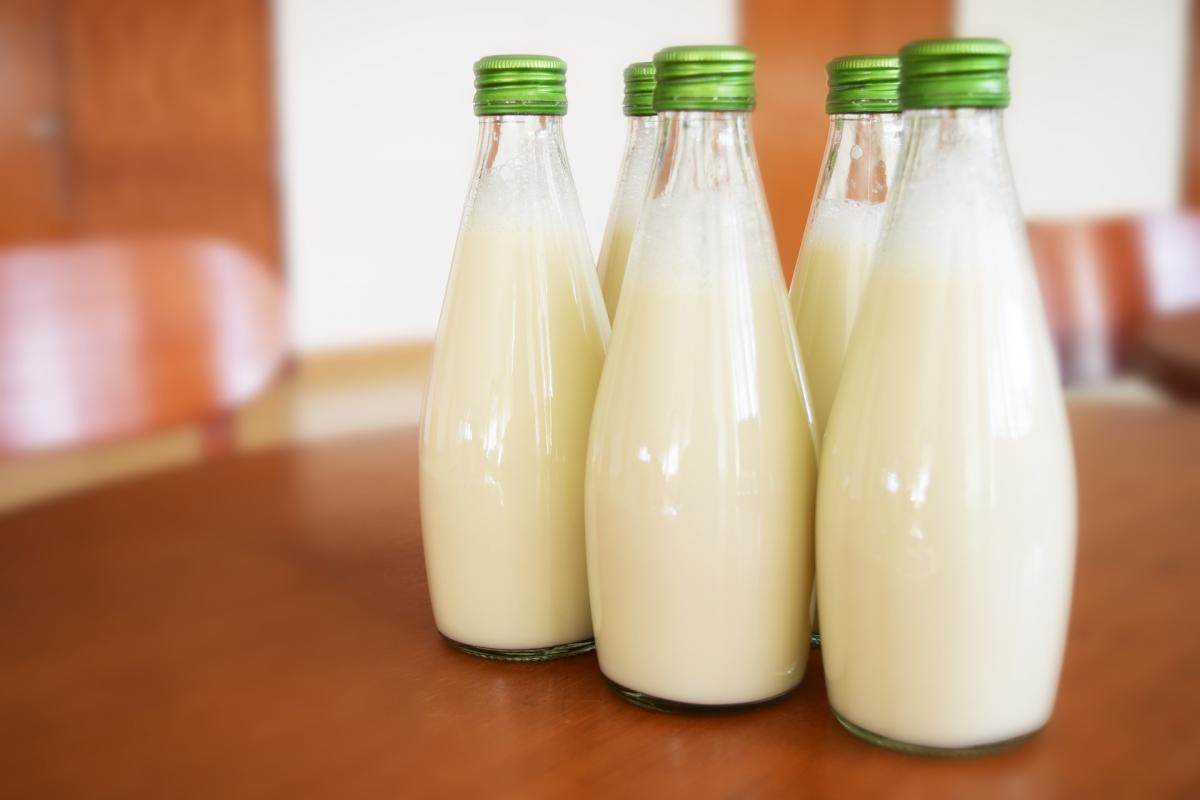 The FDA (Food and Drug Administration) and the CDC (Centers for Disease Control and Prevention) remain staunch critics of raw milk, reiterating their stance against the “serious health risk” it poses, and insisting that both raw milk and many products made with raw milk are unsafe to eat. They cite analysis done by the CDC that purports that between 1993 and 2006 more than 1500 people in the U.S. got sick from raw milk or cheese made form raw milk. The underlying idea is that because raw milk is full of bacteria, it is very susceptible to harmful bacteria that can thrive in that environment.

Supporters of raw milk cite a number of different reasons as to why the traditional way of drinking milk offers unique health benefits. First, many believe that the pasteurization process diminishes the nutrient content of the milk. There has been some research that suggests this could be true, such as this study that reported a decrease in copper, manganese, and iron following heat treatment.

Raw milk proponents also point to its digestibility. While many people struggle to digest pasteurized milk due to lactose-intolerance or other issues, many report not having the same trouble with raw milk. In fact, some report being able to consume raw milk without any of the negative symptoms of lactose-intolerance that they experience when consuming pasteurized milk.

Some final major points made by raw milk proponents is that raw milk is full of a wealth of beneficial gut bacteria and enzymes that are destroyed during the pasteurization process. Proponents believe that both the beneficial bacteria and active enzymes in raw milk aid in digestion (which is why some lactose-intolerant people can drink it) and help fight against diseases form harmful bacteria.

In some states, like Iowa and Nevada, any sale of raw milk is outright illegal. In others, like Virginia, North Dakota and Ohio, herd shares, which allow consumers to buy a share in a herd and therefore drink the milk produced by a cow that they own, are legal. Some states allow raw milk to be sold to anyone as long as its sold on-site at the farm. In these states, consumers often self-organize in informal buying clubs, that then designate a driver to make periodic trips to local farms to make joint purchases of milk for members of a club. Only about 10 states, including California and Pennsylvania, allow raw milk to be sold in any retail stores. Farm-to-consumer Legal Defense Fund website lets you check the individual rules for your state.

In a few states, the sale of raw milk as pet food is legal, including Maryland, home of a small farmer Kelly Hensing. At Hensing’s Hilltop Acres, Kelly was one of the first farmers in the state to receive a permit to sell her raw cow milk as pet food. If you’re in the area, you can visit Kelly’s farm for grass-fed beef, pastured pork, and of course raw milk labeled as pet milk.

What do you think? Have you tried raw milk? Let us know!