1000 Ecofarms/Online magazine/Know Your Farmer/Know Your Farmer: Kelly Hensing of Hensing’s Hilltop Acres
Raw milk remains a very controversial topic. Kelly Hensing, however, is a major advocate for it. Her family farm, Hensing’s Hilltop Acres, was one of the first in the state of Maryland to be allowed to sell raw milk, albeit as pet milk. Her passion for raw milk extends to other natural, whole foods, and she credits her family’s shift in diet with resolving a lot of their health issues. It should be unsurprising, therefore, that she wanted to share that food with others, despite a lack of previous farming experience. We talked to Kelly about all this and more, including why raw milk is so taboo, and why natural food isn’t as expensive as you think.
www.1000ecofarms.com 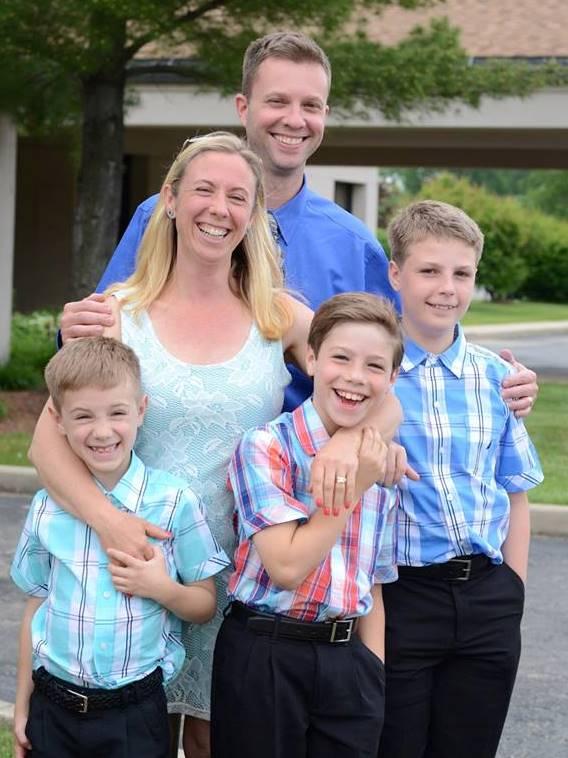 Something unique about your farm?
I think the most unique thing is our raw pet milk, because it can be so hard to find, especially in Maryland. I’m pretty passionate about raw milk and when we moved to Maryland in 2010, I knew that it was hard to get legally. Even though I had never farmed before, I went out and bought a cow and started milking the cow just to have raw milk for our family.

How did you get into raw milk in the first place?
We were living in South Carolina and a friend introduced me to a farm that sold it, so we started going to the farm and met the farmer. It was legal to buy it from the farmer there, so we started drinking it and then my kids didn’t need allergy medications anymore. We just saw all sorts of health benefits from it.

Why do you think raw milk availability is so restricted by the government?
I think there are a lot of factors at play. I think it has a bad reputation from the early 1900s when so many people did get sick from it when they moved the dairy cows into the cities and produced unclean raw milk. And I think a lot of it has to do with big corporate dairies and the government being too involved in agriculture.

How did you get into farming?
When we moved to Maryland our youngest was having some health issues, and we were already interested in a more natural lifestyle—drinking raw milk and cutting processed foods. But it was hard for me in this area to find farms that were selling 100% grass-fed beef in bulk, or half pastured pigs, or non-GMO. It was just hard to find what I was looking for. We were milking the dairy cow and she was producing too much milk so we went ahead and got pigs, and it just sort of mushroomed out from that dairy cow.

What do you want non-farmers to know about farming?
Oh, it’s really, really hard work. It may seem like $6/pound is a lot for ground beef, but I’ll tell you we are not making a lot of money. We’re working really hard. It’s not a 9 to 5 job, it’s not a 5 days a week job, we don’t have the weekends off, and we work all the time. It’s been a lot of work to do farmers markets. It’s provided us with more income and gotten our name out there, but packing up all your stuff and having to be away from the farm for that long, it’s hard.

I also think a lot of Americans think their food shouldn’t cost very much money. We’re kind of spoiled with cheap food and I don’t think people realize that it’s subsidized. And yes, we pay more for our food, but our healthcare is virtually nothing. My kids haven’t been to a doctor in 4 and half years. They just don’t get sick. You pay more for your food but you pay less for your healthcare. But it’s not an instantaneous thing. Healing yourself with food obviously takes time, but people want it to be instantaneous.

If you weren't a farmer, what would you be?
I think I would still work in some sort of agriculture. I would probably work at a farm stand or volunteer at a farm. I just think I would feel like I needed to be around that sort of environment. I love the people I meet through this—people who are like-minded in that they are also seeking unaltered, whole foods.

Hensing’s Hilltop Acres products, including 100% grassfed beef and dairy, free-range GMO-free and soy-free chicken and eggs and pastured pork are available to order at her online store for pickup at the farm and at several farmers markets in Howard County, Maryland.